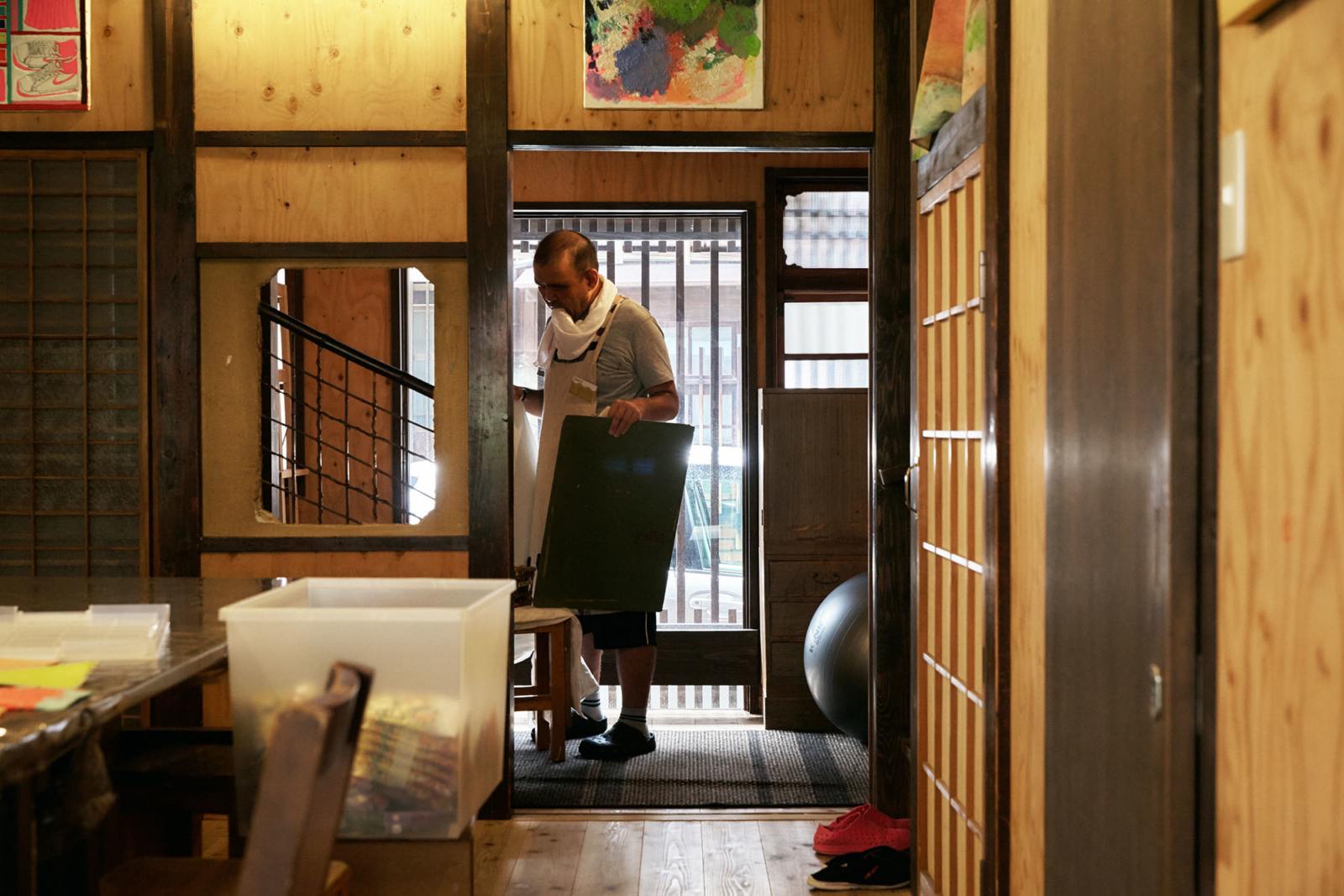 As if he was playing a piece of music, his artwork is full of expression. The drawings are made from freely transcribing musical scores is inspired from his joyful childhood memories.

This article is a translated version, which was originally published in Japanese language on 08 November, 2017.

Things that he likes: high places, smooth surfaces, and music.

Born in 1970, Nishioka was diagnosed autistic at a young age. He once disappeared when he was a toddler and then later was found on the roof of the public housing rubbing his cheek on a large bottle of sake. Since then he liked high places and smooth surface more than anything. In nursery school, he caused panic among the teachers when he climbed onto the roof of the church and hugged the cross or when he suddenly rubbed his cheeks against the legs of his female teachers. He had a tendency of being hyperactive so he was always proud of running and jumping, and running down the slide was his specialty. One time he tried to jump over to the opposite train platform and barely survived. He has often run out of the house and went missing for while. The director of <Corners>, Takako Shiraiwa describes him as “wild”, because he is extremely athletic and always seems to be diving head straight to places and things that he wants to do in his own Nishioka-way.

The other thing that he has really liked since he was little is classical music, which his mother used to play to sooth him as a baby. Always fond of music, he was often scolded by the priest for playing the church’s piano without permission.

A “transcribing” style that was born from joyful memories.

After graduating from high school, he started to work at <Co-Living & Working Space Corners> (later renamed <Atelier Corners>) in his local town Abeno. In 2005, he started drawing for the first time when the facility started to organize art activities. Ms. Shiraiwa says that he started to discover his current style when an old piano was donated to <Corners>.

“He was looking at the score for practicing for a long time, and after several days, Mr. Nishioka suddenly started to copy it on paper. The score was a sonata that he used to listen to as a child. The joyful memories of sound led to his expression.”

Nishioka’s hand-drawn “transcription” was formed with curved lines made by freely moving the pen, and it was a completely an original style that could be described as both a text and drawing. What is interesting is that lines that the text and notes that are drawn onto the twisted lines that look like they are melting away are an exact copy of the original. The score, which is just a collection of symbols, is given emotions and each composition becomes an expressive drawings as though they were “played.” These unique works touched many people and in 2010 he won the best prize at the open call exhibition in Osaka. After receiving this award his work started to become recognized.

Internationally active, but doesn’t draw when he is “not feeling it.”

Clothing brand <NUDE:MM>’s designer Masahiko Maruyama fell in love with Nishioka’s work and their collaboration project ‘PR-y’ started. His work was printed onto jackets and pants, and it received attention from buyers from around the world at a showing in Paris. In 2013, Japanese actors and musician started to appear in the media wearing cloths and it became a sensation.

After this he exhibited in art festivals in Los Angeles and Paris, and members of the cultural program for artists with disabilities ‘Unlimited’ saw his work, and invited Nishioka together with fellow <Corners> members Yasuyuki Ueno and Makoto Okawa to exhibit in London.

Although he has expanded the places to show his work, and is internationally active, Nishioka’s production style has not changed at all, and always at his own pace. He expresses his feelings sometimes while humming, sometimes provocatively, and sometimes delicately.  When he is “not feeling it” I will just lay down on the floor. This is why at Corners they call him lovingly as “master” or “teacher.” He likes listening to a wide range of music such as classical, old popular songs, and contemporary pop music, but recently he is often drawing the score of songs from Anime episodes that he used to watch as a child. Nishioka who once played the piano in the church as he wished, is a true “playboy” in how he approaches his drawing with the same kind of playfulness. With his larger-than-life personality, I am sure with his that there will be many more “legends” that will be add to his name. 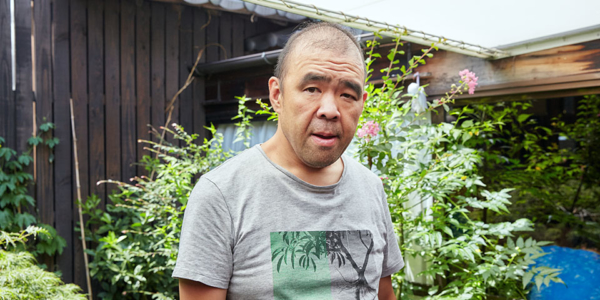 Born in 1970, now residing in Osaka. He started making art since 2005. Similar to his works, his personality is smooth, calm, and large. Because he is the oldest at the studio, they call him “teacher” or “master.” He loves a wide range of music from classical, old popular songs and contemporary pop music. In 2006, he participated in his first group exhibit ‘H&H JAPAN INC.’ in Osaka. In 2012, his work was added into ‘abcd collection’ in France, and in 2015 he exhibited at ‘abcd collection “Arts Brut”’ in Prague Chech Republic. He also worked on the cover art for this exhibition’s catalog. In 2016 he participated in ‘Nama A-to : JAPANESE OUTSIDER ART’ in London UK. He has won many more awards.