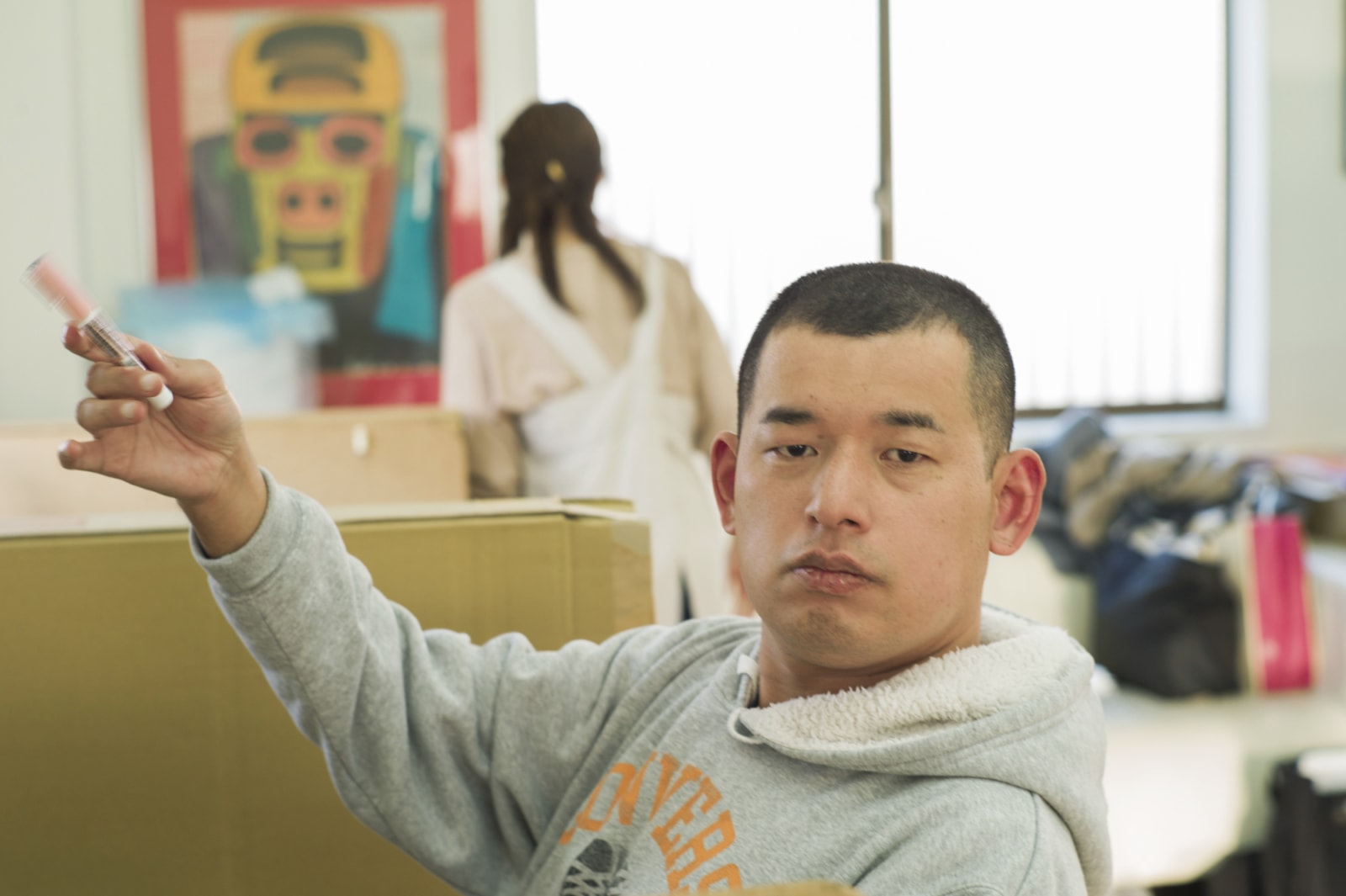 Letters, words, and texts are drawn with incredible concentration. A meticulous world of typography created by an artists who has been a member at <YELLOW> in Izumisano Osaka for 10 years.

This article is a translated version, which was originally published in Japanese language on 09 February, 2018.

As though he is drafting a plan

There is one man who is facing the studio wall hunched over. When I looked over his shoulder to see what he was doing, he was drawing letters as if an architect was drafting a plan. He slowly progressed, using a ruler for straight lines and the cap of the pen for curved lines.

Yoshiyasu Hirano is an artist at atelier <YELLOW> in Izumisano Osaka. The director of <YELLOW> Yuichi Higaki, who knows him for a long time, describes Hirano as a “typical” autistic, and says: “before he was drawing only twice a month at another facility, but I couldn’t not recognize his talent.” He has been coming to <YELLOW> since 2008 and his art has blossomed. In 2016 he won the top award at the ‘Osaka Finding New Talent In Contemporary Art World Project’ and many others.

On drawing paper letters are drawn with hardly any space in between. There are many words there such as “discrepancy” or “Russia.” I try to find meanings in these fragmented words, but Higaki says: “he is just choosing letters that he likes the shape of.”

When I took this comment into consideration and looked at his artwork as a whole, a beautiful world immerged made up of small straight and curved lines. The Hirano-style typography art makes us realized how naïve we are trying to capture the world with our stereotypes and preconditions.

I wondered if there was any change to Hirano after participating in the studio for 10 years and continuing to draw.

“His mother told us that his autism became lighter. For example, before he couldn’t cross the road with construction because it was too loud for him, but now he can walk normally. Maybe he has more capacity to deal with his feelings after drawing. 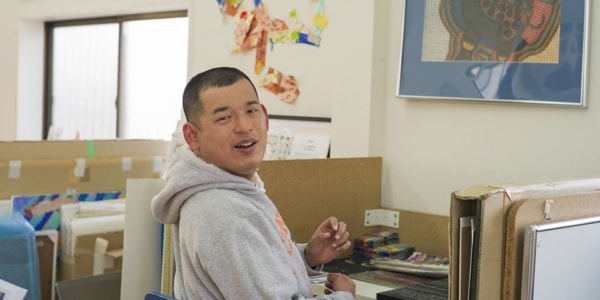 Born in 1980, now residing in Osaka. He has been a member at continued employment support facility atelier <YELLOW> since its foundation in 2008 and continues to participate in creative activities. In the past he was awarded first prize in ‘Sankei Habatake Art Open Call Exhibition’ (2012) and ‘Osaka Finding New Talent In Contemporary Art World Project’ first prize (2016). He actively participates in exhibitions and in January 2018 he held his solo exhibition ‘Capacious Exhibitions #07 Yoshiyasu Hirano Solo Exhibition’ <Calo Bookshop and Cafe / Calo Gallery> in Osaka.