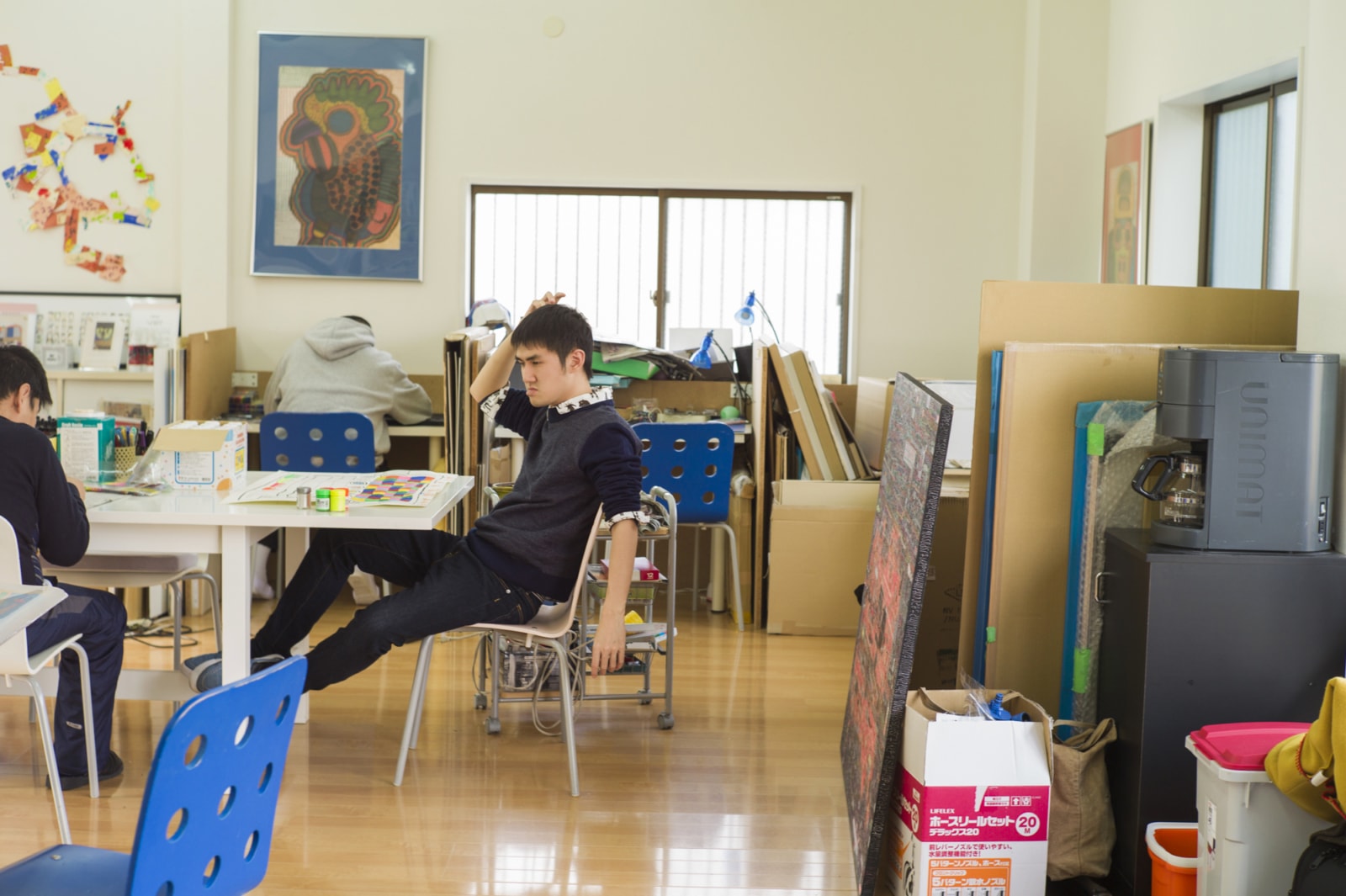 Cars, films, and memories – There is a young man in Osaka who draws humorous and fantastic pictures to achieve his ambitions.

This article is a translated version, which was originally published in Japanese language on 07 February, 2018.

The star of Atelier

A handsome guy, who looks a little like the actor Hiroshi Abe, is wondering around the studio. While the other artists are concentrated on their work, he seems to be contemplating about something.

He is Tadashi Ueda, a member of Atelier <YELLOW> in Osaka Izumisano. He has won many awards and is the star artist of <YELLOW>. His creative work started with his picture diaries during middle school, and became a serious pursuit after regularly coming to this studio in 2010.

Achieving his ambitions through drawing

He draws cars and vehicles, scenes from movies which he watches 200 a year, and sceneries from his own memories. He draws all of these flatly. The Ueda-world exists as though it is made in 2D. There is a reliable consistency no matter what motif he decides to draw. Additionally, the coloring is particularly pop, more than just being sensational. There is a tastefulness that gradually takes over. While there are large fantastic works that feature many characters, there are also series of simple works that would prominently just have one thing drawn, like a croquette. The director of <YELLOW>, Mr. Yuichi Higaki says that his work has become increasingly simple. Perhaps he is entering a new stage in his expression. Nonetheless, what motivates Ueda to mass-produce his works here everyday?

“He draws to achieve his ambitions. One of his goals to ride the subway in Hokkaido was reached through drawing”, says Higaki. He wants to use the money that he makes from selling his artwork to reach his goals. His current ambition is to go to England. When I asked: “Why England?” Ueda answered immediately: “I want to ride the double decker bus.”

It seems as though his career as an artist is going well – he has been invited not only in Kansai area but also to exhibitions abroad, and recently his work has been used for a large corporation’s company magazine. One would think that he should be able to ride the bus in London soon, but recently he has had some trouble concentrating. Today he was drawing from memory scenes of his nursery school, but he would wonder around the studio from time to time as though he is trying to recollect fragments of what he remembers.

“Before he had endless amounts of things that he wanted to draw, but recently he seems to be searching a bit more. Even this morning he was glancing outside the whole time – maybe it’s just a phase. We want to watch over him and respect his pace. Oh look, it seems like something has clicked.”

Ueda was at his desk, coloring his nursery school. His gaze was serious and there was no hesitation. If he keeps at it like this, he will be in England in no time. 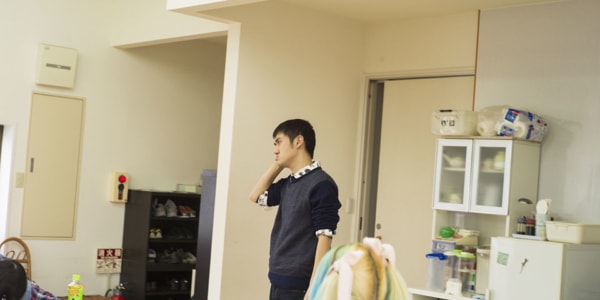 Born in 1991, now residing in Osaka. He is a member of Atelier <YELLOW> and also Able Art Company at the Support for Continued Employment Facility. He has won many awards including ‘Big-i Art project Masayuki Murai Award’ (2012) and ‘Finding New Talent in the Contemporary Art World Project’ (2013). Last year he held a solo show ‘Capacious Exhibition #05 Tadashi Ueda Solo Exhibition’ (Calo Bookshop and Café / Calo Gallery) in Osaka.