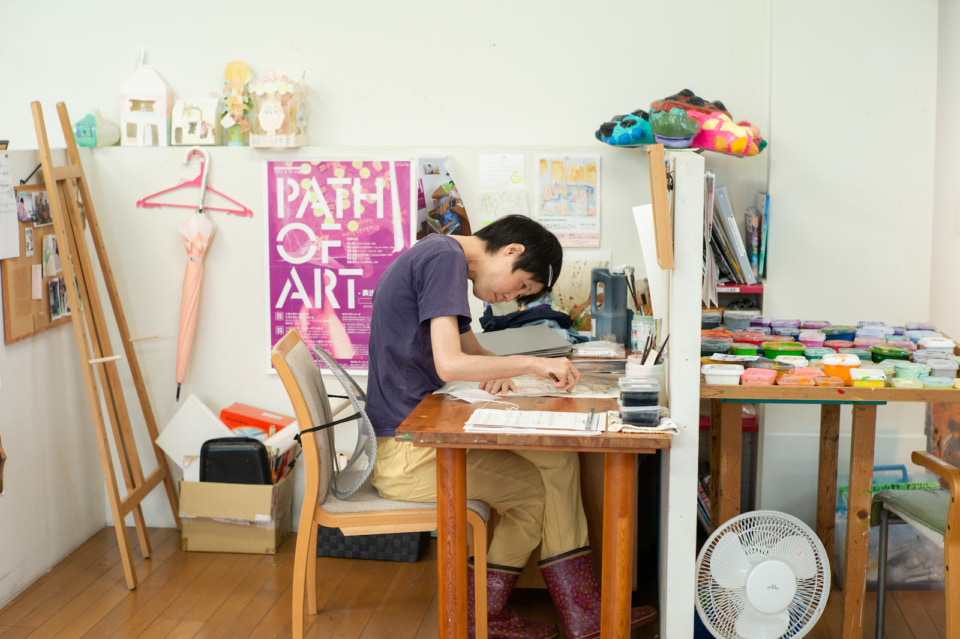 There’s an artist sitting at a table, doing nothing. She is SAWAI Reiko, one of the top artists at the 〈Tanpopo-No-Ye Art Center HANA〉 in Nara. She slowly creates depictions of scenes from her memories.

This article is a translated version, which was originally published in Japanese language on 7 January, 2022.

The Artist who sits at a table and does nothing

The location is the Studio No. 1 of 〈Tanpopo-No-Ye Art Center HANA〉 in Nara. While all the other artists begin working at once at 10:00 in the morning, there is one woman sitting alone at a table doing nothing.

She is SAWAI Reiko, one of the leading artists of the 〈Tanpopo-No-Ye Art Center HANA〉.

Sawai began visiting the center’s studio in 1996. Since that time, she has held her own solo exhibitions and participated in a variety of group shows. She has also worked on numerous commissioned pieces. Just the other day, one of her works was put up to decorate the suite room of a newly-opened designer hotel in Nara.

After attempting a “hello” to Sawai, who has just been sitting without doing anything, and she responds in a slightly tired voice, “I didn’t get much sleep.” In point of fact, however, according to YOSHINAGA Tomoki, in charge of the studio program, this is just a favorite phrase of the artist, and, “She’s actually quite driven today. She’s really going at it.”

Quietly but rapidly, Sawai asks several questions in succession: “Where did you come from?” “Where are you staying?” “Did you come by car?” “Did you park in the parking lot?” Amid such conversation, I get the sense Sawai is looking for something which will inspire her to pick up her brush.

The series of drawings such as her 《La Tour Eiffel》, created based on her memories of a trip to Paris, are a representative example. The pastel colors have a vibrant, floating feeling, and are characterized by her ephemeral, delicate touch.

Conversely, her series depicting subjects such as pianos and pianists in conté and ink, which she began creating in around 2003, have a tension created by the black while also exuding a lyrical mood. Sheet music, such as Schumann’s “The Happy Farmer,” is frequently used as a motif. When asked, Sawai says that she has been learning the piano since she was little and still takes piano lessons once a week. She even plays at the center’s Christmas concert.

Yoshinaga says, “Her works are completed just a very little at a time. Occasionally she’ll very boldly dribble ink over the medium, but she’s the kind of artist who takes a very long time on a single piece.”

She always chooses her motif herself. If there’s something she wants to depict, she orders the staff that she wants them to take a picture of it.

“The pace of Sawai’s work has always been slow, but in the last few years, perhaps because she has established her own independence in a welfare home (an assisted-living condominium), her pace has become even slower.” For some reason, however, when it’s for a job she’s been asked to do, “She works really fast, haha.”

“Sawai has clear motifs she wants to depict as well as distinct titles for her watercolor works. However, even if she’s creating a piece while looking at a photo of the Eiffel Tower, the outcome will frequently be similar to her other motifs and tastes rather than the photo itself. This is just the opinion of our staff, but we think with Sawai, what she’s depicting then is a memory or recollection.”

Sawai may just be creating scenes from her memory. She may look like she’s just sitting there, but she might be teasing out a memory, little by little. During the morning, I see her pick up her brush once.

After a lunch break, throughout the afternoon as well, Sawai continues to sit at her desk without picking up her brush. One could interpret this to mean that for Sawai, spending this time drawing out her memories and recollections of her favorite music, concerts, trips, and events is extremely important creative work in itself.

As she continues to create new memories, what sort of pieces will emerge? Looking at her past works once again, I feel like I am gazing at parts of her life that cannot be put into words. 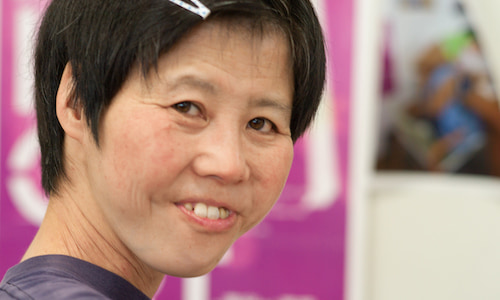 Born in 1977. Sawai lives in Nara Prefecture. She began attending and doing art at the 〈Tanpopo-No-Ye〉 in 1996. Has participated in numerous group exhibitions since 1999 and held her own solo shows since 2000. Won first prize in the Kanden Collabo Art 21 open exhibition held by the Kansai Electric Power Company in 2003. She may look like the quiet type but is in fact very active and brimming with curiosity. 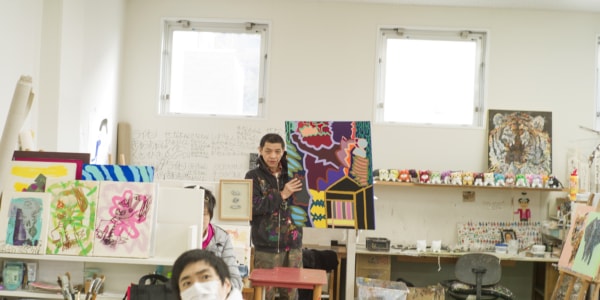 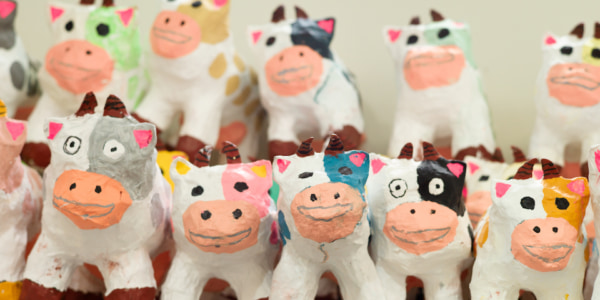 NAKAMURA Mayumi is practically a celebrity at the 〈Tanpopo-No-Ye Art Center HANA〉 in Nara Prefecture. Her works are created in such varying styles it’s hard to believe they were all made by the same artist. What’s her process? 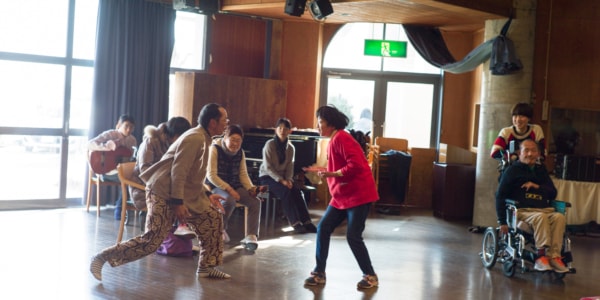 Her dance is boundless and sharp. Her movements touches the people around her.