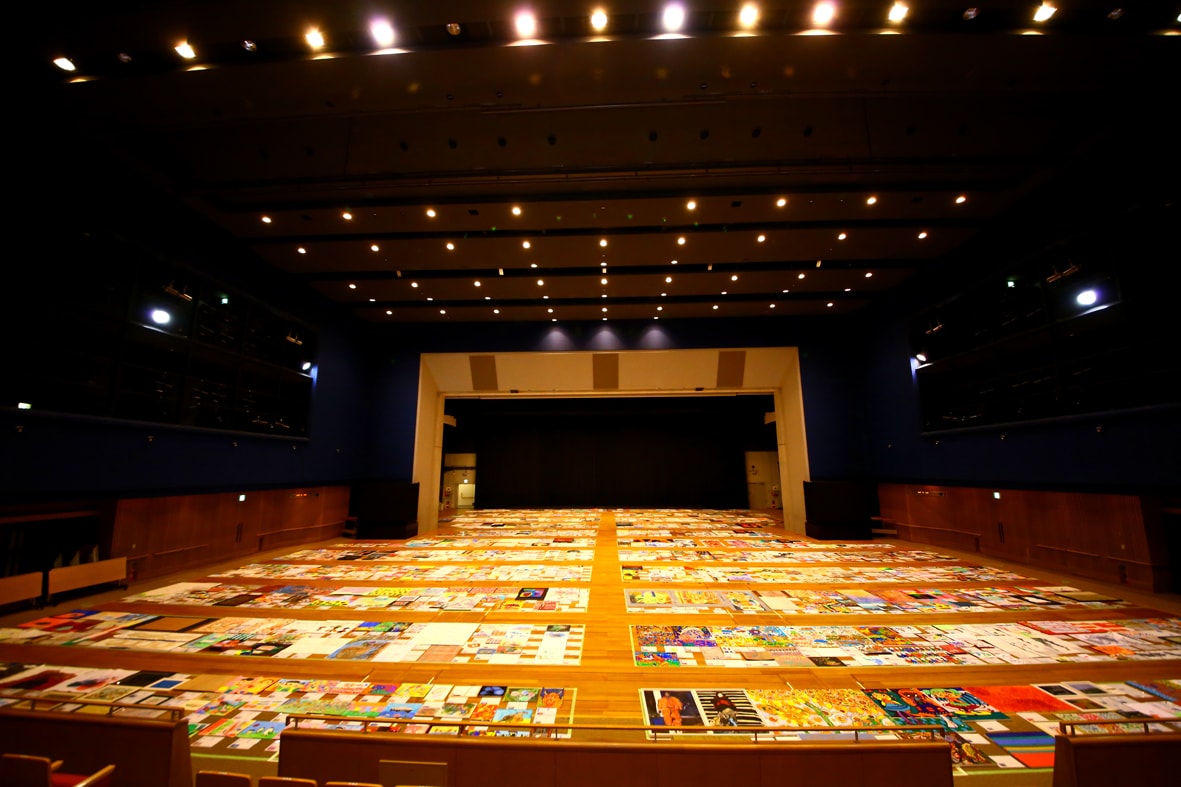 With a view to realizing an inclusive society in which everyone can participate, the Nippon Foundation, under the initiative of the Nippon Foundation DIVERSITY IN THE ARTS, works on a project that conveys the significance and value of diversity to the wider public, breaks down boundaries and spurs interaction, with a focus on the area of artistic activities of persons with disabilities. Fiscal year 2018 marks the launch of the Nippon Foundation DIVERSITY IN THE ARTS International Art Competition. This Project leverages the power of art to encourage interaction among all people, with or without disabilities, share the excitement and joy, and help persons with disabilities discover and fulfill their potential. To that end, the Project is committed to providing opportunities for persons with disabilities to engage in artistic activities, unearthing and nurturing artistic talent, and supporting and showcasing activities of these artists, thereby conveying the significance and value of diversity to a wider audience in society. We are waiting for an application of a work from everybody!

Eligible works  Artworks produced by persons with disabilities in Japan and abroad. Works that have previously won awards are NOT eligible for entry.

Eligible applicants  Artist responsible for creating the work; person with the parental responsibilities and rights for the artist (if the artist is a minor); artist’s legal guardian; or juridical person entrusted with the right to use the entered artwork.

Number of entries  Up to three works per artist will be accepted for consideration.

Requirements is here. (2018 DIVERSITY IN THE ARTS_ Call for Entries.pdf)

Baron Ueda
Founder of FR/LAME MONGER / Illustrator
Active both inside and outside Japan mainly in the fields of advertising, publishing, music, games, and other media, Baron Ueda is known for his character illustrations with unique eyes and of aggressive style represented by bold lines. His major works to date include a BARON UEDA Exhibition at a McDonald’s store, a Google Chrome artist theme, the character design for the instrumental band ichikoro, artworks for rock musician Tomoyasu Hotei and pop groups EXILE and Perfume, and character artwork for the superhit series Interactive Psychological Game JIN-ROU (werewolf). He also produced interior wall paintings for the popular cheese tart cafés PABLO Osaka and PABLO Kyoto. For the 400th anniversary of the Rimpa school of Japanese painting, he painted a large picture of Fujin (Wind God) and Raijin (Thunder God), which was exhibited at Toraya Kyoto Gallery. In 2015 he was invited as a guest artist with Red Bull Ignition, a project to paint and customize streetlights in Osaka’s America Village. He received the K-Design Award 2017 for his golden maiko (traditional female entertainer in Japan) painting for PABLO Kyoto. He also ranked 3rd in the LIMITS Digital Art Battle World Grand Prix 2017.

Edward M. Gómez
Senior Editor of Raw Vision
Edward M. Gómez is an arts journalist, critic and graphic designer. He is the senior editor of the London-based outsider-art magazine Raw Vision and the New York correspondent of the American magazine Art & Antiques. He has written and provided photography for The New York Times, Art + Auction, Metropolis (U.S.A.) Folk Art Magazine, Hyperallergic, The Japan Times (Tokyo), Reforma (Mexico City), Jamaica Observer (Kingston) and many other publications. His new film about the artist Valton Tyler was released in 2017. He is based in New York. Member of the Advisory Council of the Collection de l’Art Brut in Lausanne, Switzerland.

Emi Zouza
Director, Human Rights, Fukuoka
In 2000, Emi Zouza became a curator and librarian at the Contemporary Art Museum, Kumamoto. At an exhibition to commemorate the museum’s founding in 2002, she met residents of National Sanatorium Kikuchi Keifuen, the largest national sanatorium for people with Hansen’s disease in Kumamoto. This encounter acted as a trigger for her to gain new insights. Among exhibitions she was responsible for organizing are The Light – Prayerful Painting – An Exhibition of Works by the Kikuchi Keifuen Painting Club (2003, 2005 and 2010); the 5th Anniversary Commemorative Exhibition Attitude 2007 (2007); Kobo Maru Ten, an exhibition of works by Studio Maru in Fukuoka that supports creative activities mostly by persons with disabilities (2011); and ART BRUT JAPONAIS (2013). From 2015 to the present, she serves as Director, Human Rights, Fukuoka and in that capacity has been involved in the study and preservation of paintings by National Sanatorium Kikuchi Keifuen. In 2018, she organized in Amami Oshima Island Returning Home Amami, an exhibition of works by the Kikuchi Keifuen Painting Club.

Hiroaki Nakatsugawa
Artist / Art Director
While creating his own artworks, he involves in art projects that question the relationships between art and society in various fields. Through expression activity workshops, barrier-free art studios, art history workshops, and lectures, he tells the meaning of human expressive activities and its importance. He has worked on many art studio directions, exhibition planning, production, and curation. Among others he served as a curator for Taro Okamoto and Art Brut at Taro Okamoto Museum of Art in Kawasaki and as an Art Director for BiG-i Art Project Selected Works Exhibition. He currently holds several positions, as Director, Able Art Japan; Director, Art de Vivre; Director, Get in touch; and President, Art InterMix.

Ikko Nagano
Photographer
Member of Japanese Professional Photographers Society (JPS). Representative for Kyoto Yomiuri Photo Club. Judge of photo contests, etc. Born in Kyoto in 1945. Became a freelance photographer after working in the planning department of a printing company. Based in Kyoto and has provided photographs of fine arts and antiques, architecture, food, traditional crafts, and people for numerous publications and magazines.

Kyoshu Mochizuki
Calligrapher
Born in Himeji City in 1949 and graduated from Department of calligraphy, Faculty of Education, Niigata University. Currently, he is a lecturer at Himeji Municipal Koko Gakuen College and serves as executive committee member of the Kansai Exhibition of the Mainichi Shodo Exhibition. He took this position after serving as an administrative committee member and Grand Prize selection committee member of the Mainichi Shodo Exhibition. Has also serves as representative of the Kinki branch of Dokuritsu Shojindan Foundation, administrative committee member of Himeji Bijutsu Kyokai, and chair of Kyoshu Shohokai. His Awards include the Mainichi Shodo Exhibition Grand Prize and Dokuritsu Shojindan Foundation Member Award. As a calligraphy artist and commentator, Mochizuki lectures extensively on rinsho as well as creative calligraphy and continues to develop his unique calligraphy theory through research compilation, etc. He has authored books such as Kotsu ga wakareba daredemo kakeru.

Asuka Morii
Founder, Altruart, Inc., New York
In 2010, Asuka Morii founded Altruart, Inc. in New York with the aim of establishing an economic base for artists with disabilities. Based on her experience of working at a special needs school in Kyoto, she has promoted licensing of artworks by artists with disabilities to companies for their CSR activities. As an independent art curator, she curated various projects including a thematic exhibition of Fountain House Gallery, the largest NPO in New York supporting persons with mental illness; Outsider Art Fairs; and other art fairs. She also provides consulting services for artworks by artists with disabilities to find their way into U.S. galleries. She actively runs her blog America purupuru art kanko – Altruant in America, which spotlights hidden brilliant artworks.